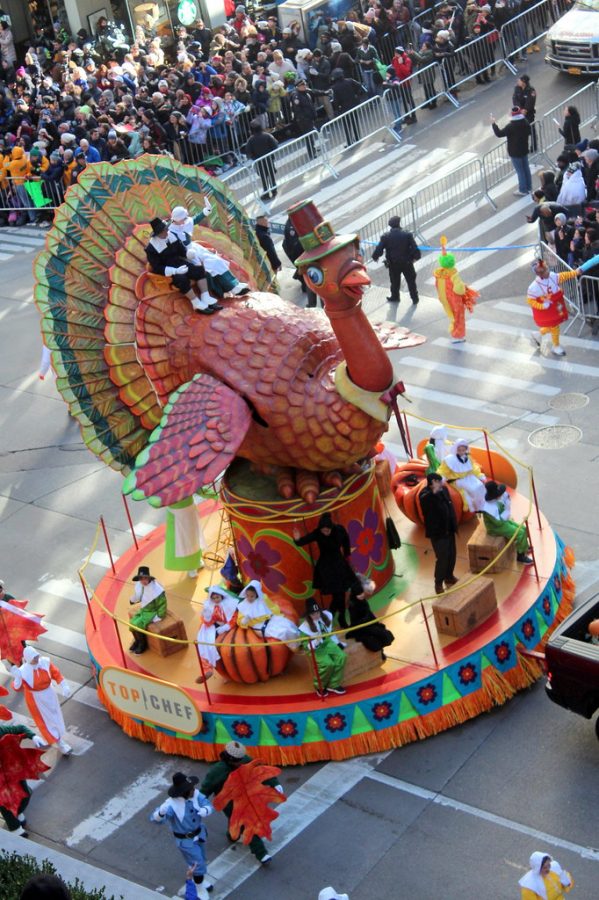 The Macy’s Thanksgiving Day parade is an American tradition that spans back to the roaring ’20s, having been created by Macy’s workers that immigrated from Europe to America in hopes to start their business. In 1924 they held their first-ever Macy’s Christmas Parade, which led three floats. A variety of animals accompanied the parade, including horses, camels, donkeys, elephants, among other zoo animals down the street. Four bands played during this time alongside the festivities. Because of the popularity in the following years, they were able to add more floats (specifically able to experiment with helium-filled balloons). Santa Claus was to be the last float in the parade, save an exception in 1933 where he led the parade.

In 1932 The Macy’s Day Parade was broadcast for the first time and by 1934 the parade included Disney’s Mickey Mouse as one of their most famous character floats. Snoopy from the comic strip Peanuts holds the record for a character with the most balloons, having a little over seven by 2016. The Macy’s Day Parade also is one of the highest consumers of helium in the country due to its gigantic floats. The floats are inflated the day before, and for the people working on them, it’s its own celebration. The floats themselves only take about fifteen minutes to deflate.

Performers in the Macy’s Day parade have admitted to lip-syncing their performances, as they’ve described bouncing on the floats to be difficult, and keeping their voice consistent with the constant movement is nearly undoable. There have been musical performances in the parade now for decades and remains to be a popular act for the parade.

Musical performers this year include the Broadway cast of Wicked and Moulin Rouge, Andy Grammer, Nelly, Kristin Chenoweth, Darren Criss, and Carrie Underwood as the main attractions. Special balloons this year will include Baby Yoda, Pikachu alongside Eevee, Ronald McDonald, Snoopy, the Pillsbury Doughboy, Smokey the Bear, Sonic the Hedgehog, and many more. Be sure to tune in for the 95th annual Macy’s Day Parade on November 25th!