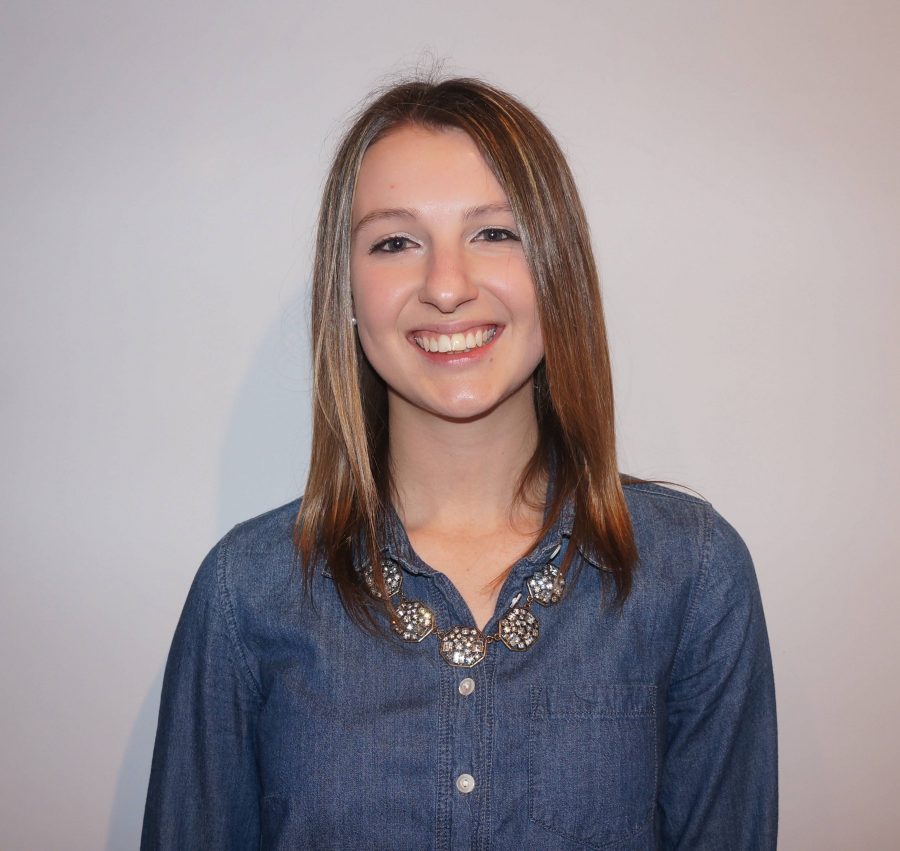 Just one day after Emma Bishop ’18 and Brandon Pratt ’18 won their reelection bid for student body president and vice president, they sat down for an exclusive interview with The Crier to talk about their first term and looking ahead to their second year in office.

When asked what they thought their biggest accomplishment thus far was, Pratt said, “increasing the conversation and making sure that more people were involved in SGA. “

Bishop added the importance of “connecting SGA as an organization to every other department or organization on campus even more.”

Pratt added that their Thursday three programs have been effective “where we’re asking [students] questions directly so we can learn how we can better serve them. The responses we have gotten from that program so far have been incredible, so we’re really looking forward to continuing that next year too.”

One of the causes both Bishop and Pratt have spent a lot of time developing is their “Respect the Nest” campaign, which was put forth to reduce littering on campus and promote recycling.

“A lot of the PR initiatives have been very successful,” Bishop told The Crier.

SGA rolled out a photo campaign earlier this academic year, and also put together tabling in Davison to promote the cause.

They have done free giveaways at various on campus events as well. On Feb. 21, SGA handed out “Respect the Nest” t-shirts at the final Hawk basketball doubleheader of the season.

“It definitely increases that sense of school spirit for sure,” Bishop continued.

Pratt said that the “Respect the Nest” campaign was broken into three segments with “the first segment being PR, the second segment being working with administrators and making sure there is implementation of new trashcans on campus. We’re looking at solar powered compactors around campus.”

“The third step would be to role out the ‘Respect the Nest’ campaign into another aspect, as well,” Pratt continued.

They emphasized the desire to create a “culture change” and show that students are willing to “Respect the Nest.”

Pratt also said that “we’re able to take all of the signature sheets we have gathered and the pictures we’ve gotten from students and bring that to the college administration and use that to implement the bigger goal.”

Another issue that Bishop and Pratt have been working to resolve is on campus parking. They told The Crier that they are looking at how parking passes are distributed and how they are paid for.

SGA recently passed a resolution to allow students to buy parking passes by semester instead of for the whole school year.

Bishop said that people “who are doing student teaching or study abroad who may not have a car on campus for the full year could just purchase a pass per semester.”

Another part of the parking resolution is to look at how parking spaces are assigned to different portions of the student population. Bishop cited that there are less available parking spaces now due to the construction of the new student center, which began this past fall.

“We’re trying to look at where we can reallocate parking spaces,” Bishop told The Crier.

Pratt added that, “we foresee this as a long term initiative and a long term project that we’ll continue to work on.”

“With all the new construction projects, they are great and we’re so glad they are happening on campus, but they do chip away at parking spaces so we want to make sure that as the college continues to grow that we’re also continually reevaluating parking spaces as well,” Pratt continued.

He also added that, “we’ve had a few setbacks in trying to convert some spaces from overnight to all day parking, but we’re going to continue fighting for those spaces as well to make sure that administration understands why we do need to switch those over.”

Bishop also emphasized, “we’re growing as a campus, but we want to make sure that the students who are here now aren’t being forgotten about and their needs are still being attended to.”

Bishop and Pratt also told The Crier that they are working with Dr. DiSalvo, president of Saint Anselm College, to add student representatives to the Board of Trustees.

“The administration before us tried to lay the ground work, but Brandon and I have been working with Dr. DiSalvo to get a student representative onto one of the committees [on the Board of Trustees],” Bishop said.

Pratt added that they would like to put forward an application process for any students who would be interested in serving as a representative on the Board of Trustees.

“We want to make sure this is an opportunity open to all students,” Pratt continued.

“We think that the Board of Trustees should have more of a direct connection with the students themselves,” Pratt added.

“The social aspect of integrating students with board members would go a really long way, and that is something for sure that Dr. DiSalvo is passionate about too.” Bishop added.

Pratt also told The Crier that SGA recently passed a constitutional amendment for “an organizational outreach liaison, and the purpose of that liaison is to serve as a representative for SGA to go directly to campus clubs and organizations and say what can [SGA] do better for you.”

Moving forward into their second term, Bishop said that she is looking forward to “being able to see all of the projects that we have started come to completion. We have so many things that are half done or three quarters of the way done. I just want to be able to see those projects completed, and then start new ones and pass it on to someone else and leave a legacy here of change.”

Pratt added, “That’s exactly why we ran for two terms. We’ve done a lot of the usual stuff that SGAs normally get done, but then there have also been a lot of bigger initiatives. One of those has been making sure more people are connected with SGA and we think that’s something that will continue into next year.”