Reaccreditation may hinge on who has final say: monks or trustees 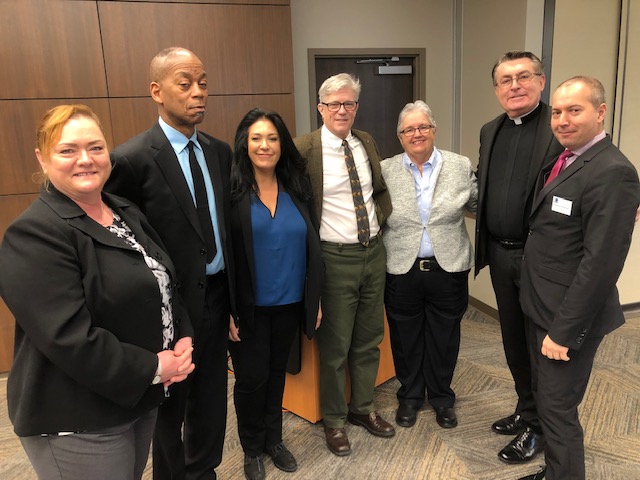 Saint Anselm College awaits the publication of the 2019 NECHE report as the end of the semester looms. The contents of the report will affect whether the college receives accreditation for the fall.

The New England Commission of Higher Education, NECHE for short, has the main purpose of accrediting colleges and universities across the region. In order to be accredited and ultimately receive federally-backed financial aid, a college must meet the Commission’s Standards for Accreditation. There are a total of nine standards: mission and purpose, planning and evaluation, organization and governance, academic programs, students, teaching/learning/scholarship, institutional resources, educational effectiveness, and integrity/transparency/public disclosure.

All colleges will not perfectly meet all nine standards, and it is expected that some aspects of an institution will be stronger than others. NECHE looks at every institution as a whole, and a college will only be denied accreditation if its weaknesses are serious enough, as was the case with Mount Ida College in Newton, MA.

All 200 colleges represented by NECHE must create a self-study for their institution every ten years. Each college has a steering committee in charge of creating the self-study, which outlines the nine standards, specifically what their institution does well and what it needs to work on.

Christine Gustafson is the Associate Dean of the College and Chair of the NECHE Steering Committee at Saint Anselm. Beth Salerno of the History Department is her co-chair. Both Gustafson and Salerno lead a committee of 16, with one or two people responsible for each standard. There are also four or five people under the steering committee for each standard, for a total of around 60 people. The entire process is a comprehensive effort, requiring faculty and staff of all disciplines.

In addition to writing the study, she helped coordinate a recent visit by the NECHE visiting team April 7-10. The visiting team came to the College to verify what the steering committee put into the report. The visiting team’s “REPORT OUT” session took place on the last day of their visit, which members of the college community were encouraged to attend. At the session’s conclusion, Father Brian Linnane who is president of Loyola University in Baltimore, MD and Chair of the visiting team, gave a report on the team’s main findings regarding the College’s strengths and challenges.

Gustafson says, the report was “highly praised.” The visiting team was impressed with the engaged student body and said they were able to get the College’s distinctive mission of community and hospitality. Father Brian highlighted the freshman Conversatio program, the College’s multi-faith rooms, and its emphasis on a liberal arts education rooted in Benedictine values.

In addition to its clear mission, the College’s other strengths are its strong academic programs and co-curriculum, its robust and successful athletic program, the overall interest in teaching by faculty, and the asset of the campus itself. The College has generally succeeded in meeting enrollment goals, as the current freshman class has caused enrollment to exceed 2,000 for the first time. Full-time faculty enrollment has also grown, increasing 13% since 2003.

However, no institution is without its shortcomings, even Saint Anselm.

Institutional resources (NECHE Standard 7) were threatened last May after a $1.5 million shortfall appeared in the College finances, which led to layoffs of 13 faculty and staff. The lack of housing for an increasingly growing student body is another key issue.

Father Brian was particularly concerned about the College’s organization and governance (NECHE Standard 3) the most. He addressed the serious rift in governance between the Board of Trustees and monks, which is a bicameral legislature. Most other colleges, with the exception of Providence College in Rhode Island, have a unilateral legislature.

The monks started the system of governance in 2009, which Salerno has called a “four-legged stool” of monks, faculty, Administrators, and the Board of Trustees. However, those outside of the monastery are not happy with this system. The transition to the College’s first non-monk president in 2012 made it more difficult for the monastery to hold legislative control.

One of the Benedictine values is stability, and monks would rather keep this value intact by holding control of college bylaws. As of now, Father Brian has reported that there are serious inconsistencies in the bylaws. A source who has requested to remain anonymous has said the monks are distressed the team is not pleased with the governance system. Abbott Mark has the power of appointment, so it is unclear to whom and what the president is responsible. The visiting team suggested that the College amend its bylaws and create a clear procedure for when there is a disagreement among the board. In order to address its issues in the future, the visiting team made it clear the College should address an effective governing system immediately.

Considering Saint Anselm will have a new President next year, it is important to consider what happens after the NECHE report has been finalized and whether governance issues will affect reaccreditation for the fall. Once the search committee actually chooses the next president, he or she will have to know how to address and implement an effective governing system between monks and the Board of Trustees. No matter who is chosen, monk or non-monk, the monastery is hopeful it will retain a role in the governance of the College as tradition persists.