What is going on at Saint Anselm College? Monk-Trustee dispute heats up 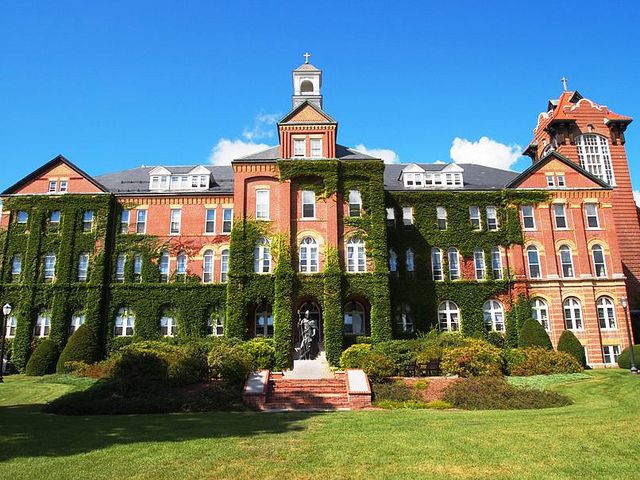 Over the Christmas break, word of a legal dispute between the two key governing bodies at Saint Anselm hit the New Hampshire, then the New England press. Students were left wondering what happened to drive a wedge between the understanding of who controls the college.

The first week of classes for the spring term saw President Joseph Favazza, who took on the top administrative job only six months ago, deliver an address regarding the current status of the dispute between the Benedictine monks of Saint Anselm Abbey and College, and the Saint Anselm College Board of Trustees.

Faculty, staff, and students alike crowded into the Melucci Theater in the Roger and Francine Jean Student Center on Wednesday, Jan. 15, to receive some clarification as to what this dispute actually means for the college, and what, in fact, is going on within the government of Saint Anselm College.

Favazza began his address by reading a letter from the New England Commission of Higher Education, or NECHE, that details some of the successes they have seen regarding Saint Anselm College. Some of these highlights include Saint Anselm College continuing in accreditation, a “sense of pride of all members of the campus community,” and many other words of praise surrounding the current status of Saint Anselm College.

While many articles have been published in surrounding newspapers, such as The Boston Globe, the Manchester Union Leader, and several higher education publications, many questions still trouble members of the college community as to what is happening between the monks at Saint Anselm and the trustees.

Behind a lawsuit, filed by Abbot Mark A. Cooper, O.S.B., chancellor of the college, seeking a declaratory judgment from Hillsborough County Superior Court, is a desire to obtain a definitive reading of the bylaws of Saint Anselm College in relation to New Hampshire state law RSA 292:6, and determine where the power to make final decisions for the college rests.

Since establishment of the SAC Board of Trustees in 2009, the push and pull between the monks and trustees has become increasingly tense, leaving some uncertain over where ultimate power to determine college bylaws lies.

With that said, there have been many events leading up to this point in the college’s history. Throughout 2019, NECHE was in the process of evaluating Saint Anselm College for its 10-year accreditation. According to sources, the dispute over power to amend the college bylaws and over reserved powers, currently held by the Saint Anselm College Corporation, that is, the monks, erupted in the midst of the accreditation process.

Standard 3 of the guidelines NECHE uses for accreditation envisions a board of trustees with sufficient freedom to conduct college business. One of the largest concerns for NECHE is the governance structure within Saint Anselm, where the monks and trustees share power.

Many have heard the word “lawsuit” in reference to this case but misunderstand what exactly is happening with this case. With the lawsuit filed, Abbot Mark, on behalf of the monks, is asking the court for a declaratory judgment of what powers New Hampshire state law gives trustees at Saint Anselm College.

According to the lawsuit filed by Abbot Mark, O.S.B., this reading by a judge will determine who exactly holds the power within the school to amend the bylaws, and
allow for a better course of action moving forward.

There will be a focused evaluation this spring that will ultimately lead to NECHE determining the effectiveness of the governance structure at Saint Anselm College. This two-member visiting team will be given a written report, as well as constructing their own report as to how they feel the governance structure is in compliance with NECHE’s standard on organization and governance.

While there are some disagreements between the two parties involved, President Favazza stated that all members are in agreement regarding the Catholic and Benedictine mission and identity of the college, as well as the the initiatives to guarantee the future success of the college. Essentially, these guidelines are sought in order to function better as a school, a student body, and a community, regardless of the party.