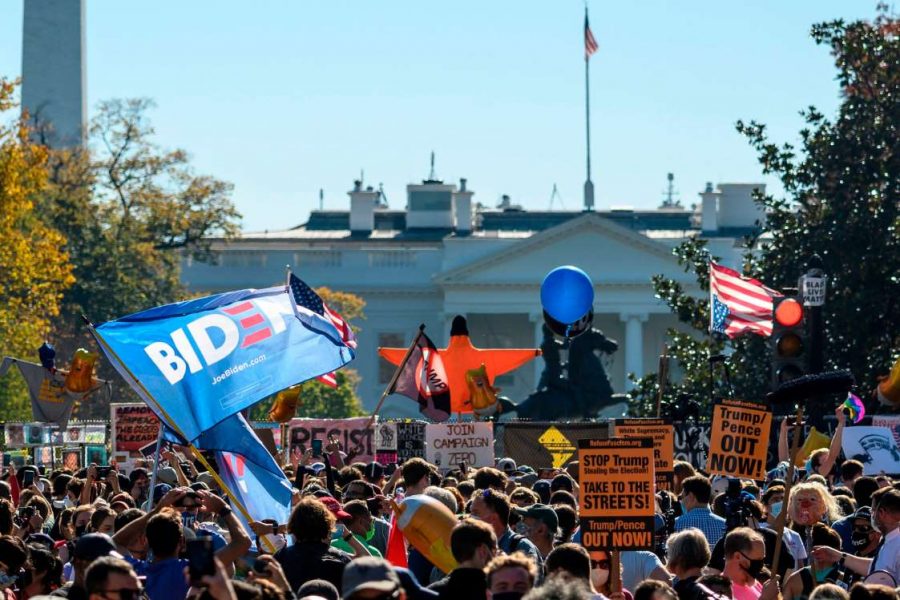 Biden supporters celebrate outside of the White House in Washington D.C.

Joseph Robinette Biden Jr. was been elected as the 46th President of the United States, multiple news agencies have reported.

Biden’s victory came after four long days of waiting for results. Across campus, liberal minded students broke out into celebration. A black sedan could be see driving around campus with its windows down, blasting Queen’s 1977 song, “We Are the Champions,” as four women hung out the windows, singing along.

The election of Biden has made history, with his Vice President, Kamala Harris, being the first woman to hold that title. Additionally, Harris made history as the first person of color to be vice president.

With his defeat, Donald Trump has become the first president since 1992 to be denied a second term in office. As of writing this, he has yet to concede defeat and recounts are expected in Georgia and Wisconsin, though election historians say that it is unlikely that this will flip those states in Trump’s favor.

This is a developing story. Expect more details in the next print edition of The Saint Anselm Crier.