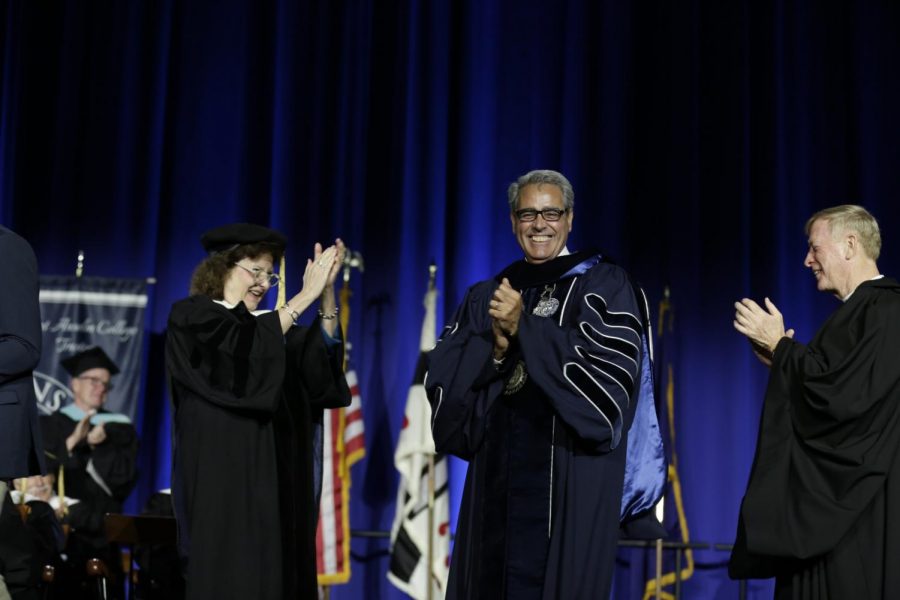 Saint Anselm College President Joseph Favazza has officially begun reorganizing the College’s administration, almost a full year after he became president. Whenever a college appoints a new president, it is expected that they will review the inner workings of the college and make changes to how they see fit. While the college’s organizational structure is periodically updated, the last time administration experienced a major reorganization was during President DiSalvo’s first year as president in 2012-2013. This upcoming round of change widely regards college personal and leadership, and the restructuring of the Dean’s Office to take into effect on July 1, 2021.

“The goal is to make sure that high impact learning, (like study abroad and service though the Meelia Center) happens and that students will be able to easily connect to it,” says Favazza, “hopefully the new structure will facilitate that.”

With the new changes to the Dean’s office, Dr. Mark Cronin will become the Dean of Faculty, and will serve as the interim Vice President for Academic Affairs, until 2022, when the search for a full time VPAA begins. Dr. Christine Gustafson will become the college’s first Dean of Academic Excellence. Within that position, she will be “responsible for the coordination and delivery of all academic resources to ensure student academic success and engagement.”

“Dr. Gustafson will be responsible for all offices for student academic excellence, such as the Academic Resource Center, the Meelia Center, and the Study Abroad Office,” comments Favazza, “The goal here is for the student experience to become more cohesive”.

“These changes won’t directly impact students, but we need to do a better job with tracking student outcomes and reporting it,” says Favazza, “ knowing what jobs students are getting after graduation, and where alumni are going to graduate school is important for prospective students. Ultimately we are working to bring together the Student Service Offices to become more united.”