The Saint Anselm Crier • May 6, 2021 • https://criernewsroom.com/news/2021/05/06/campus-security-and-resident-assistants-face-challenges-due-to-pandemic/

Campus Security and Resident Assistants face challenges due to pandemic 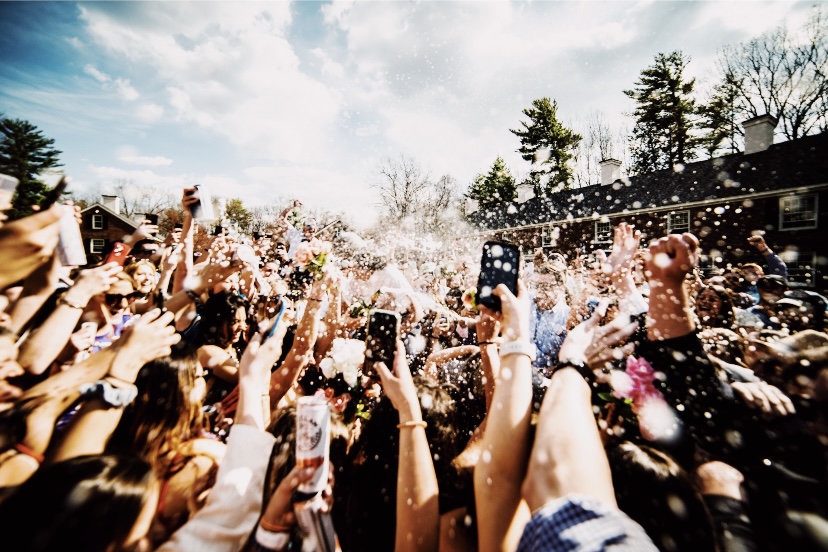 Resident Assistants and members of the Office of Campus Security have a shared responsibility to protect the Saint Anselm community, which is quite a job even without the global pandemic they continue to face. However, a lack of explicit solutions and communication between the two groups have left RAs feeling stranded this school year.

Senior Em Rudler is a chemistry major with a forensic science minor from Rockport, Massachusetts. She is also an RA in Father Bernard Court. She described a disturbing encounter with campus security semester which she called “a slap in the face.” During the fall semester on a night when Rudler and her roommate, a fellow RA, were not on duty, a smaller party of an estimated fifteen people gathered right outside of their door. She said, “campus security walked up and basically said to the group ‘I think what you’re doing is just fine and I know the RAs are annoying.’” Rudler told her bosses about the encounter and was only told that the individual was spoken to. “I would have wanted more, I would have appreciated an apology to my face,” she said.

It is important to note that this encounter does not represent the entire campus security staff, rather it is an example of poor communication resulting in some RAs feeling a lack of support. Sean Thompson, a criminal justice major of the class of 2022 from Worcester, MA, serves as an RA in Dominic Hall. Thompson explained that he has not had a negative interaction with campus security in his two years as an RA, but that there is definitely room for improvement in the relationship between RAs and campus security.

“During RA training we have a session where we sit with members of the campus security department, but besides that our only experience with them is when there’s an emergency. Because of this I believe that there is a disconnect between RAs and campus security,” said Thompson. “A potential solution for this could be having one of our semester in-services, these are workshop style training sessions that we have throughout each semester, where RAs can build relationships with our campus security department,” he continued.

The Coronavirus cannot stop college students from partying, and so far, neither can the Community Care Covenant. During the warmer months, one trip to uppers on a weekend night proves this very notion as crowds of students gather outside. When these parties get out of hand, the typical procedure is to call campus security, but it seems that is not a sufficient option.

It’s not that campus security does not do their job, but that sometimes RAs need more. “It has been very helpful when Campus Security is there to help us by joining in an effort to disperse a crowd,” said RA Jackson Heath of Father Bernard Court, a class of 2021 double politics and peace and justice major from Lynn, Massachusetts. “But there have been other times where some extra help, that we did not get, would have helped a situation go smoother,” he continued.

Rudler expressed similar sentiments about the need for more support from campus security. “Campo [campus police officers] will shut everyone down in 30 seconds and then people will rejoin, then that’s fine because we did our job and we called campo,” she said. She explained that she thinks campus security does its job as it is defined, but does not realize that the parties simply re-form and the RAs are left relatively helpless.

Based on these statements, it can be concluded that RAs and campus security both do their jobs as prescribed by the school’s guidelines. However, it has not been enough to stop the parties widely known by students on campus as “super spreaders.”

These kinds of large gatherings pose a risk of Covid infection for all people in attendance, including the RAs trying to enforce social distancing and other guidelines. Rudler said that there would frequently be crowds of 100-200 students gathered outside during the warmer months. “You would start at one end and work your way through, by the time you got to one side you look back and they would be clumped up again,” she explained.

Rudler expressed feeling exasperated by these nights on duty, as the RAs lack the manpower and volume to even begin to control the crowds. “It is actual hell, our job is not worth what we’re doing. If I could afford to not have this job I wouldn’t have this year,” she said.

“I worry about contracting Covid and, even worse for me, spreading Covid to people that I care about,” expressed Thompson. “Having that in the back of my mind, it is stressful knowing that there is a chance that I have to go breakup a party where there are a lot of people crammed into a room and next to none of them wearing a mask,” he continued.

While there has yet to be a solution that solves Covid gathering problems entirely, there are changes that could be made to help alleviate some of the burdens. Rudler suggested a more proactive approach by campus security to better manage large gatherings. She thinks it would be helpful to have campus security patrolling campus, driving around to common party spots, on weekend nights to help RAs before they need to call for backup. The presence of campus security officers in these areas before the situation gets out of hand could discourage students from forming large crowds.

Rob Browne just completed his first year on campus as the Director of Safety & Security. He believes that the RAs are doing well, but students could do more to alleviate their burden. “I think if the RA’s are needing help, I would point the focus back to the students who need reminding again of their agreement to the covenant.  While the RA’s as well as Campus Safety are there to protect them, it is the responsibility of the entire community to ensure a safe environment,” he said.

Browne explained that the role of campus security to enforce the COVID-19 guidelines is done in collaboration with all members of the Hilltop, including RAs and students. “As far as reminding students of the terms of the covenant, when and where possible, we do our best to remind people because, like the RAs, our mission aligns with wanting to keep students on campus for as long as we can,” he said.

“The pandemic has changed everyone’s lives and now, with the limitations on inter-building visitations, quarantine policies, etc., RAs have more policies in which to remind students about and help enforce,” said Dr. Sue Weintraub, Assistant Dean of Students and Director of Residential Life and Education.

Rudler explained the dilemma of feeling like the “mask police.” “Last year we had meetings over Zoom and we literally asked ‘are we going to be the mask police’ and our bosses said no,” she said. However, come August that is exactly what Rudler said her job felt like.

Many on campus thought perhaps campus police would serve as the primary “mask police” with other offices as support, but Browne explained that the responsibility falls on each member of the Saint Anselm community.

“I think depending on any one entity is a recipe for failure. That is why the constant messaging from President Favazza and Dr. Finn stipulates that whether students stay on campus or not is up to them,” said Browne. “I wholly support this message in trying to have our campus community understand that this is a community effort to keep students on ground,” he continued.

Although it makes sense that all members of the community need to have some level of responsibility, the lack of explicit designation has proved difficult for RAs. “There was an overestimation about students’ willingness to comply with Covid policies. There was not a clear answer about whose responsibility it was to address these crowds when parties would happen on quads and other spaces near residence halls,” said Thompson.

President of Saint Anselm College Joseph Favazza echoed Browne’s message about shared responsibility, but also his understanding of the RAs feeling differently. “While they do not have sole responsibility for enforcing the Community Care Covenant, the very fact that they live and interact with students daily give them a window into the life of the campus that is unique,” he said.

“If the student body, during this pandemic, were more willing to abide by their covenant agreement, RA’s would be able to focus on the more fun and rewarding aspects of their job.” said Browne. “To this end, we (Campus Safety, Residence Life, the College Administration, Faculty and the student body) can and should offer support to one another in keeping our community safe.”

With only a few more weeks until the end of the spring semester, it is not likely that these issues will be resolved before students leave for summer break. Rudler suggested the theory that perhaps the school could be in the mindset that it is not worth fixing the issues because they do not think that the same problems will be present next year. As the state of New Hampshire recently opened up vaccine eligibility to include out-of-state college students ages 16 and up, perhaps next semester will look a bit more normal and provide some relief for RAs.