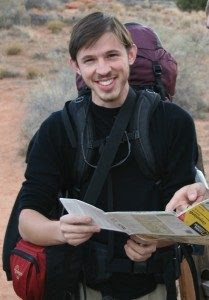 Greg Grappone is being memorialized on campus through the new humanities center.

2004 Saint Anselm alum Greg Grappone had his life’s ambitions and virtues memorialized in the form of a institute for humanities situated behind Alumni Hall.

At age 35, Grappone passed on May 1, 2015 in Seattle after complications from a graft-versus-host disease succeeding a stem cell transplant for a rare form of cancer.  Grappone led his life as a father, a husband, and a son, and after graduating he found himself as the owner of his family’s car dealership that stretches Route 3A in Bow, New Hampshire. The Grappone company was said to have been built upon a philanthropic reputation which parallelled the way in which Greg Grappone held himself. Grappone held a deep passion regarding cultural, social and political issues. He relished in his own personal pursuit for truth regarding these subjects, and it was because of this that he was seen as an inspiration to all. Grappone, as this type of intellect, spent much of his life grounded by life’s unanswerable questions.

Grappone’s consistent search to understand the world around him demonstrated a clear path in becoming a Great Books major for the Saint Anselm class of 2004. His adventures saturated in curiosity were accompanied by the stories the Great Books told; to which he viewed them as life companions rather than just educational implements Grappone luxuriated in the wisdom that these books provided and the questions and conversations that they provoked. One of Grappone’s professors, Father John, depicted the extent of Grappone’s intellectual curiosity by explaining how “[Greg was] very interested in learning and eager to discuss the Great Books we read not only for their content but also for how they could help him be a better person. As a professor, it is always a pleasure to work with a student whose primary focus is learning, not grades.” This pursuit of higher intellect was bolstered by Grappone’s person as a whole, as he was praised for, “His great attitude and kindly, gentlemanly manner.”

Grappone’s fascination for the humanities had fostered the foundation for a permanent home for the cultivation of intellect on the Saint Anselm campus. In an article to the Concord Monitor, Greg’s parents, Robert and Beverly discussed how they were searching for a meaningful way to honor their son’s memory, and it was at this time where Saint Anselm College was in search of enlivening their humanities department. The brevity of Grappone’s life ended with daily correspondence with his father and American filmmaker Ken Burns. The three would engage in conversation surrounding wisdom laid forth by Russian author and philosopher Leo Tolstoy. Because of the relationship that Grappone and Burns shared, Burn’s served as the honorary chair of the new humanitie’s building campaign on campus. Grappone’s parents, in recognition of the importance in further the development of higher education stated, “We believe that now more than ever we all need to do what we can to enlighten our minds, feed our souls and lift our spirits and those of others by heeding the instructions of Tolstoy: ‘you have to embrace what the wisdom of humanity, your intellect and your heart tell you: that the meaning of life is to serve the force that sent you into the world. Then life becomes a joy.’”

Father John, in acknowledging the life lessons that Grappone exemplified as a student, stated that students could take away this lesson: “Focus on learning, not on grades! Strive to be a better person today than you were yesterday.” It is because based upon this mindset, that Grappone will forever be remembered at the Saint Anselm campus.

Donations can be made to the following causes that were identified as meaningful to the Grappone name, found in the Concord Monitor 2015: