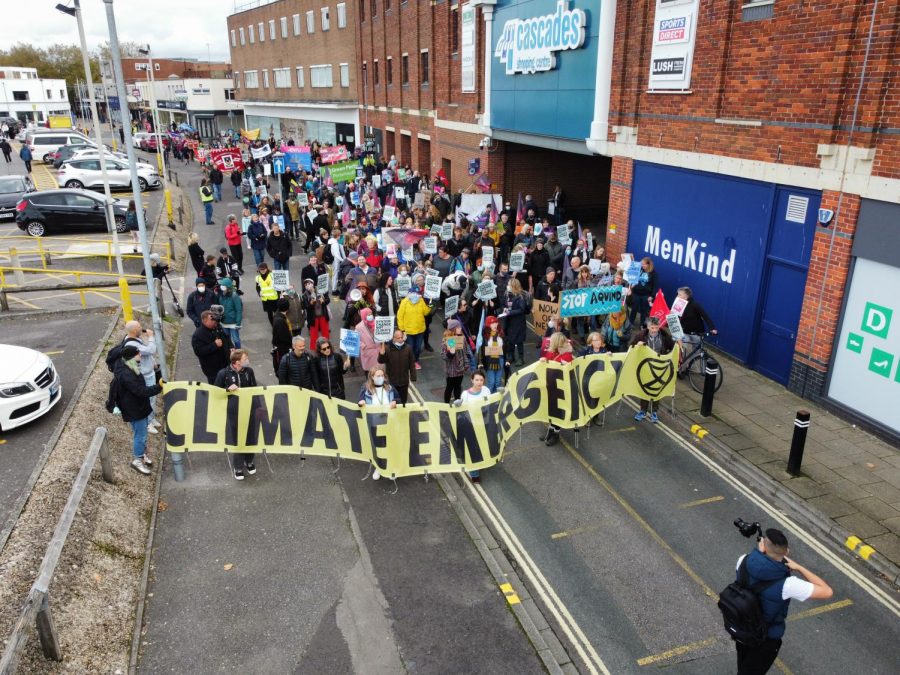 In Glasgow, Scotland, for two weeks at the beginning of November, world leaders gathered for the UN Climate Change Conference of 2021. The goal of the Conference, also known as COP26, was “uniting the world to tackle climate change” (as stated on the UK COP26 website.) Hosted by the UK in partnership with Italy from Oct. 31-Nov.13, “The COP26 summit brought parties together to accelerate action towards the goals of the Paris Agreement and the UN Framework Convention on Climate Change.”

The ultimate goal of the UN Framework Convention, whic holds almost universal membership, as identified on the UNFCCC website, is “preventing ‘dangerous’ human interference with the climate system.” How far did COP26 go in taking action towards both the Paris Agreement and the UNFCCC?

The UKCOP26 website provides an overview of the COP26 negotiations, stating, “Climate negotiators ended two weeks of intense talks with consensus on urgently accelerating climate action.” The Glasgow Climate Pact manifests across the UNFCCC, the Paris

Agreement, and the CMP (or Kyoto Protocol), and all decisions made at COP26 fall under one of these treaties.

According to “COP26: Negotiations Explained,” “The Glasgow Climate Pact, combined with increased ambition and action from countries, means that 1.5C remains in sight and scales up action on dealing with climate impacts, but it will only be delivered with concerted and immediate global efforts.”

As said on the UKCOP26 website, “Paris set the destination” and “Glasgow kept it alive.” Now it’s up to every country involved to take necessary action towards keeping the goal of minimizing global warming alive. A Nov. 15 tweet from Greta Thunberg, prominent climate change activist, reminds us that “the people in power don’t need conferences, treaties, or agreements to start taking real climate action. They can start today. When enough people come together then change will come and we can achieve almost anything. So instead of looking for hope – start creating it.”