They call it a ‘rescue plan’…and they are correct 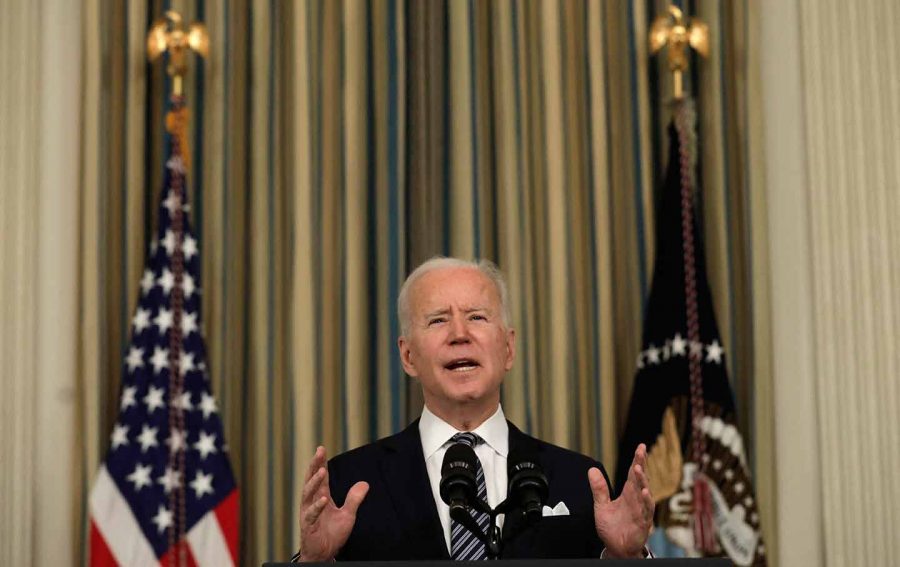 After months of negotiation, President Joe Biden signed into existence the “American Rescue Plan”, a $1.9 Trillion dollar stimulus package, on the one-year anniversary of the COVID-19 pandemic. This was perhaps the most generous relief package any government has offered its citizens, and Americans will benefit economically.

While the bill provides relief to a number of different industries, the headline-grabbing benefits of American Rescue are the $1400 payments going to households across the country, a child tax credit of at least $3000, extensive unemployment insurance, and a massive expansion of vaccination sites, among many other things.

College students who held employment last year, even those claimed as dependents by their parents, will qualify for the stimulus payment. This is a departure from last year’s plan, which excluded millions of college students from benefits. Check with your parents or the IRS stimulus calculator to see if you qualify.

In a year literally plagued by pandemia and economic devastation, tens of millions of Americans are hurting financially. Unemployment remains higher than usual, and families have been further tightening their belts.

A year of trauma preceded Biden putting pen to paper and signing, but the American Rescue Plan was still met with many challenges along the way. Implementing a national $15/hr minimum wage, for instance, which would have lifted millions out of poverty, needed to be scrapped in order to move the bill forward. Republican lawmakers wanted a much lighter package, sparing their constituents the hassle of having money to spend on necessary goods on the basis of it being “too expensive”.

Despite the obstacles, the result of the November 3rd election allowed for a government that was willing to provide the country with much needed economic relief. Without the Senate majority the Democrats hold, and the Presidency, a much thinner bill would have been produced. Our nation would stagnate without the benefits of the new relief package, especially considering the Republican proposal would offer less than a third of the current plan’s compensation.

Sen. Maggie Hassan, released a statement saying “The American Rescue Plan will help us get more vaccines in arms, get our children back in schools, put people back to work, and help families and small businesses pay their bills,” Through her bipartisan efforts, the rescue plan includes $25 billion to small businesses, a crucial element of the plan to keep people employed and keep our local stores open. For New Hampshire’s kids, the plan includes large investments in internet infrastructure and reopening our schools. Hassan and Senator Shaheen both fought to address the discrepancy in vaccine funding allocation, and they won the battle. Because of this, New Hampshire is getting its fair share of the COVID vaccination rollout.

This would not have happened without the efforts of organizers around the country flipping the Senate and the Presidency to the Democratic Party. While the plan may not be perfect, it is a crucial step in the return to normalcy. Not everyone is feeling the economic impact of the Coronavirus, but American Rescue will fundamentally improve the lives of many struggling families.  As we enter 2022, I believe voters at St. A’s should keep the efforts of their elected officials and community activists in mind, as their efforts are necessary in keeping the Granite State afloat.