Anger and pain in handling of Title IX investigation 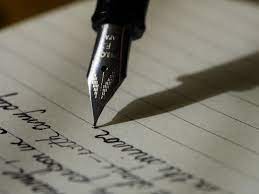 Saint Anselm College is a campus that is full of some of the most formative memories of my life thus far. I’ve met lifelong friends, found my path in life, found myself, learned so much gratitude. In August of 2020, I was sexually assaulted on my campus by a man I had trusted. He was a fellow RA whom I worked with on the same staff; we were supposed to work closely through the year.

Following my assault, I contacted my RD and explained what had happened. I was connected with the Harbor, with the assistant direct of Residential Life, and told by everyone at every corner that nothing could be done for me unless I chose to file a Title IX* complaint against him, a process that every authority I spoke to told me would be difficult, complicated, and may pan out to nothing. I was balancing so many other complications in my life that I did not feel prepared to wage a war on someone who seemed so loved on this campus. Residential Life allowed us to continue working together, knowing full well that this man had traumatized me.

Residential Life allowed us to be in the same staff meetings, both in person and over zoom. They did not move him off of my staff, despite full awareness of what he had done to me. They did not reprimand him in any way, despite my story and despite my efforts. I was told by the Harbor* that there was no way Residential Life couldn’t do something, anything, to help me. They didn’t. Instead, halfway through the year I was asked to move from my hall to freshman housing, something I had stated in my initial interview with Residential Life that I would never be successful at or comfortable with. Everyone has boundaries; mine was always working with freshmen. I was told by higher ups that this suggestion, which felt shoved down my throat, had nothing to do with my assault, which was acknowledged openly. I was told it had everything to do with me, my skills, my talents. No one who knew me had ever felt the same way; I had never felt the same way. I said I wouldn’t move to make him comfortable in his wrongdoings. I was pleaded with.

Residential Life is an institution on this campus with the power to do good for its employees and students. When I resigned, I stated that it was because I would never feel trusting of that institution. I spent an entire year working with someone who took advantage of my body. Every person with any authority within Residential Life was fully aware, and did nothing. Nothing. I was told by my RD that we shouldn’t speak about it because it would “create problematic bias.” I felt isolated within my job. I became an RA because I wanted to build community, because I needed the money to continue going to a school I love, and instead I spent a year feeling unsafe on duty in Hilary Hall and completely unvalued by the higher ups that had told me I was hired because I would be so valuable to them. I did not feel valuable to Residential Life. I was unsupported and ignored in my trauma, caused by this individual. Residential Life was aware of exactly what had happened to me within the week it occurred and took no action. My understanding is that my report does not stand alone. I don’t know if that’s the case. What I do know is this: I was an employee of Saint Anselm College that felt unsafe working with a perpetrator of sexual violence, and was essentially told I could either pack up and move, or let it go. I never let it go. I don’t think this campus should, either.

I waited until April to file a Title IX complaint against him. I was afraid. The process was unclear to me; I was told something different by every person I spoke to, from representatives at the Harbor to deans to resident directors. I waited because I didn’t know how to begin, where to start, whether I could handle the process. There is nothing I wouldn’t give to have had clarity about the process of filing a Title IX claim before I began what was a rigorous, and yet intensely empowering, emotional experience. The process is unfair, it is hard on victims, it is intense and draining. The truth is, when I began the process, I was told it would hurt. As I sat on my bed writing a page long claim describing the details of my assault in a way I had never even fully verbalized, I felt empty, and tired, and wishing I had never told anyone I would go through with this.

There were days between my submission of my claim and Dean Litz contacting the perpetrator. He got to read my letter. Every word. I had no idea he would receive it. I have never been so overwhelmed. I sat alone in my car and just sobbed. The Title IX process outlines that the victim is allowed to pick an advisor, someone uninvolved in the decision-making process who can act as a guide and supporter to them through every interview, every conversation, every decision. I was told to choose a victim’s advocate; I instead chose a professor I was close with. They understood me and my boundaries and my needs, I felt, better than someone I didn’t already know well would. My gratitude for this decision ran deep through the process; I had someone in my corner who knew me all through.

I sat through a four-hour interview with a lawyer from an outside firm via zoom. She asked me every question I could ever have thought of and then fifty more on top of that: what was my relationship like with the perpetrator two years ago? What about two semesters ago? What about two months ago? Who did I tell? Who didn’t I tell? What angle was I assaulted at? What word did I say when it happened? Did I breathe? Right side or left? What was the texture of my shoes like in the dirt when I ran home? What did his voice sound like when he told me I was a liar? What did it feel like to lose every faith I had in my college?

I was distraught. We took breaks. But when it was finished, I didn’t feel better the way I thought I would. My body was heavy and tired and my soul felt like it had been drained of compassion. There is something so painful about telling your story, like having a salt mine established in your open flesh.

I collected witnesses to corroborate my story; I gathered evidence in the form of screenshots and call records. I kept everything I’d ever received from the man who broke my trust and turned it over to strangers to judge me on. People make it sound freeing to report; it is, and it isn’t. It is freeing to feel believed, and seen, and safe. I wore my bleeding heart on my arm and people held it and believed it. It was also horribly painful, retraumatizing in many ways, and exhausting. I don’t regret my decision to report. If I could go back, I would do it earlier; I would bite the bullet and do my best, not just for myself, but for the college I love. Saint Anselm College is my home. It deserves to be safe from people who make others feel unsafe. I had a support system. I had friends that stood by me and provided me with an ear and a shoulder whenever I needed it. I had professors who gave me the space and grace I needed when I was in the darkest moments of this process. We are a part of an amazing community. That community stood up for me when I needed it. The Title IX process is unfair to victims. I would go through it 100 times if it meant every person on this campus got to be safe from sexual violence.

Editor’s Note: Because the individual accused in the story provided above has since left Saint Anselm College, the case has been terminated. This piece has been written following The Saint Anselm Crier’s publication titled “SGA election collapse sparks campus-wide sexual misconduct conversation”.

*Title IX is a federal law prohibiting sexual discrimination, including sexual harassment and assault, in any institution that receives federal funding.

* The Harbor is located on the first floor of the Jean Student Center and is a confidential resource for victims and survivors to receive support. The Harbor also provides students with information and education regarding healthy relationships.