In response: The theological, anthropological, and moral injustices of abortion 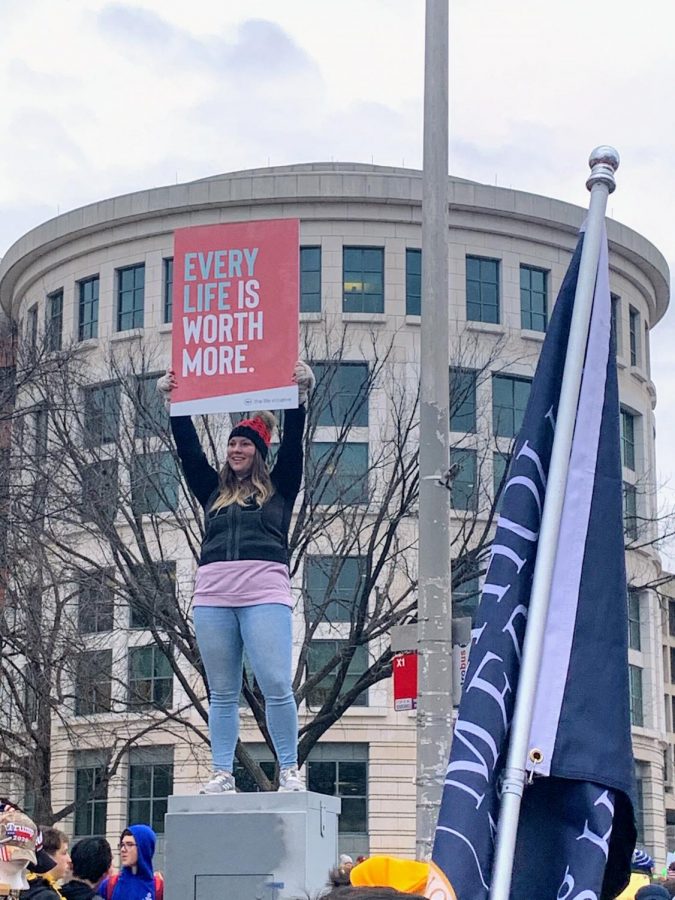 Some argue that abortion devalues life

For most of my life, I have been afraid to speak out on certain issues involving controversial topics. As anyone can attest to, choosing a side on any controversial topic creates both friends and enemies, and in my paradigm, remaining silent was the best answer for a pacifist, like myself, because it avoided conflict. However, after reading an opinion article on this topic in the last edition of the Crier, having the knowledge that hundreds of thousands of innocent lives are taken every year as a result of the abortion industry, and hearing about the passing of the Women’s Health Protection Act, I felt an obligation to write this article so that others may understand the moral, ethical, and anthropological complications arising from abortion.

On Friday, September 24, the House of Representatives passed a bill called the Women’s Health Protection Act. According to a news article from the National Public Radio (NPR), “The Women’s Health Protection Act would protect a person’s ability to decide to continue or end a pregnancy and would enshrine into law health care providers’ ability to offer abortion services ‘prior to fetal viability’ without restrictions imposed by individual states.” The bill barely passed the House on a 218-211 margin, remaining mostly on party lines.

This bill is one of the most immoral acts that has ever passed through the House of Representatives. It is a scary thought to think that our society is so deluded by the sense that a mother has the right to kill her baby that it encourages the act of abortion right up until conception.  It is heartbreaking to think that one can be so scared to carry a child that she believes that killing the baby is the moral thing to do. And it is even more concerning to know that our country promotes a culture of death sprung about in acceptance of abortion.

Science dictates to us that life begins at the moment of conception. Ronan O’Rahilly and Fabiola Müller write in their book, Human Embryology and Teratology, published in 1988, “Although human life is a continuous process, fertilization is a critical landmark because, under ordinary circumstances, a new, genetically distinct human organism is thereby formed.” (p. 8) In an abstract released in March 2017, the American College of Pediatricians also comments on when human life begins in a scientific analysis. They state, “The predominance of human biological research confirms that human life begins at conception—fertilization.” Regardless of your stance on abortion, there is an overwhelming amount of evidence proving that life begins at conception scientifically.

In a theological context, this makes logical sense. In Luke 2, Elizabeth tells Mary, “For at the moment the sound of your greeting reached my ears, the infant in my womb leaped for joy.” Jesus would have been a fetus at that point, and in a modern context, Jesus and John the Baptist could have been aborted according to the new bill passed by the House. Yet, there is clearly life.

Putting aside the injustice of Roe v Wade, the beginning of life, contrary to belief, has been proven legally as well. In 2004, president George W Bush signed the Unborn Victims of Violence Act. According to remarks on the bill made by the former president, “The Unborn Victims of Violence Act provides that, under federal law, any person who causes death or injury to a child in the womb shall be charged with a separate offense, in addition to any charges relating to the mother.”

If we did not recognize the life of a child in the womb at the moment of conception, this law would not be in existence. Murdering a pregnant woman accounts for 2 counts of murder, but murdering an unborn child counts for none? Who are we to account for that life in only a certain circumstance but not in all circumstances? Ethically, is killing a person worth the price of making a woman more comfortable or less afraid?

I have a few responses to some quotes from a previous article on abortion published a few weeks ago in the opinion section. The writer first argues that “a woman should not have decisions on her pregnancy made by any level of government.” First, I have to say that this is a completely inaccurate statement. The government has the right to intervene in any act when the act is acknowledged as immoral. These can include crimes such as murder, stealing, abuse, or even assisted suicide. Since the act of abortion is unethical, the government has the complete right to intervene.

Additionally, the last article makes a point that the law “should in no way be forced onto a woman.” I completely agree with this statement. No law nor any decision should be forced on anyone. However, the fact of the matter is that the Texas law (although I do not completely agree with all aspects of it) was not forcing anything upon the woman. If anything, abortion forces death on the child. Where is the child’s right to choose whether they want to live?

Finally, the writer makes a provocative argument that “Protecting a woman’s right to choose is fundamental to preserving gender equality in the United States.” First of all, it is demeaning to tell a woman that she can only be successful by aborting her baby at any point in time. If we are truly seeking out equality, we would not tell women to get abortions. Rather, we would support them and provide resources for them during their pregnancy. True gender equality is found in support, love, and compassion, not in the deliberate killing of a child.

The Women’s Health Protection Act is not likely to pass through the Senate. However, as a Catholic and Benedictine college, we have an obligation to protect life and stand up against injustices in our society. The killing of an unborn child through abortion is one of those many injustices. May God continue to inspire the hearts and minds of all involved in the pro-life movement, and may He lead to a conversion of hearts in all of humanity. May God bless all of you this day, and for all to come. Amen.