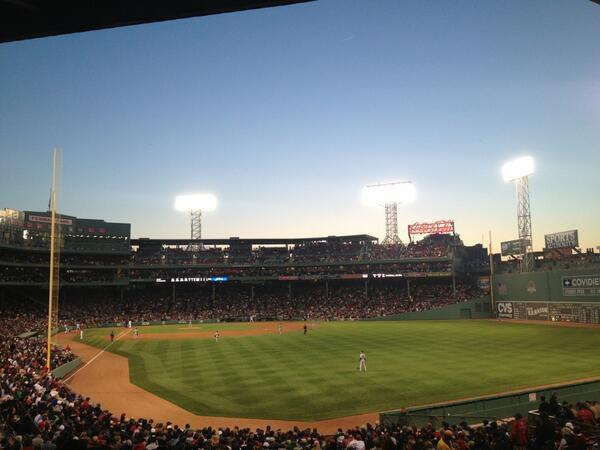 Coming off of a third World Series championship in the last nine seasons, the Boston Red Sox have gotten off to a predictably slow start to the 2014 campaign. As of April 14th, the Red Sox currently sit in last place in the American League East with a record of 5-8. After taking two out of three from the Baltimore Orioles to open the season, Boston has been swept by the red hot Milwaukee Brewers and also dropped three out of four games to the New York Yankees.

Certainly, for manager John Farrell and company, this was not the start they envisioned in their campaign to repeat as champions for the first time in franchise history.

However, this does not mean it is time to panic. With world-class players such as David Ortiz and Dustin Pedroia anchoring the line-up, pitcher John Lester at the top of the rotation, and all-world closer and World Series MVP Koji Uehara back in the bullpen, the prospects for this season are certainly looking bright.

The young and supremely talented Xander Bogaerts also brings the team a fresh new look at the short-stop position—a position that the Red Sox have struggled to fill for the better part of ten years.

Nonetheless, the best story coming into this season is the emergence of Grady Sizemore as the starting center-fielder. A player who has been plagued with injuries for the past several seasons, Sizemore was signed by Boston as a free-agent in the off-season to replace the departed Jacoby Ellsbury. Sizemore, who was once a perennial all-star outfielder and a five-tool player, has gotten off to a great start this season, batting .343 with 2 homeruns through the first thirteen games. If Sizemore is able to stay healthy this season, Red Sox fans will likely forget that the great Jacoby Ellsbury ever left for the “evil empire.”

But there are many unanswered questions for the Red Sox coming into this season as well. Most importantly is the recent injury to Dustin Pedroia. Injuring his wrist in the first home-stand of the season, the injury has not improved and he was scratched from the final game in the series against New York—a rare occurrence for the highly durable Pedroia. If the Red Sox have any hope of repeating as champions, or even making the playoffs, they need a healthy Dustin Pedroia.

Secondly, the durability of starting pitcher Clay Buchholz coming into this season is a cause for concern. Buchholz, a pitcher who was the potential to be one of the game’s best, has failed to stay healthy throughout his career and has only shown flashes of his sky-high potential. With the big bats of Ellsbury and Jared Saltalamacchia absent this season, starting pitching is of extra importance this season.

The simple answer is, if the Red Sox do not pitch well this season, they will not win.

The final, long-term question for this season that everyone is dying to know is whether the Red Sox will be able to repeat as world champions. If recent history holds true, the answer to this question will be no.

Across Major League Baseball, there are several talented teams that all have a chance to take home the crown in 2014—including the St. Louis Cardinals, the Detroit Tigers, and the Tampa Bay Rays.

With this being said, if the Red Sox have things fall their way this season, and play above their potential, they certainly have a chance to go a long way this season.

As the season moves toward the end of April, the Red Sox have several exciting contests that fans are going to want to see. Beginning on April 22nd, the Red Sox open up a three game home stand against the New York Yankees, followed by a three game weekend series against the first-place Toronto Blue Jays, then concluding with another three game set against the Tampa Bay Rays. As the weather begins to heat up, the baseball season will as well. So sit back and enjoy what will surely be another exciting ride.