Richardson off to Australia; hopes to one day play Olympic field hockey

Field hockey has been a huge part of Nick Richardson’s life since he was very young. The sophomore nursing major from Readfield, Maine became interested in field hockey partially because his father has been a high school coach since the 1980s, so it should not come as much of a surprise that he said “I learned to stick handle as I learned to walk.”

Nick played field hockey competitively while in middle school with other athletes his age. When he reached high school however he was not able to play on a local team in his hometown because there are not many high school level boy’s field hockey teams. So he joined an adult team called Cape Ann Field Hockey Club in Boston. Later in high school Nick traveled to South Africa to play field hockey. That is when he fell in love with the sport because it is a major part of the culture there.

Nick is currently a member of the USA Men’s Junior National Team, and starting this spring will play for the Yarra Valley Hockey Club, a semi-pro field hockey team located in Melbourne, Australia. This will require him to take a year off from school here at St. A’s, and he explained that he will be doing so in order to “further develop his field hockey skills and gain international experience.” He does plan on returning to the Hilltop for the spring semester in 2016.

Nick has encountered several challenges throughout his field hockey career. The biggest obstacle has been travel. The Junior National Team is located in California which is a great distance from his hometown in Maine and this spring he will be relocating to Australia for a year. He admits that his journey so far has been a lot of work but he has loved every minute of it.

In addition to his impressive playing career, Nick has served each of the last two fall seasons as a volunteer student assistant coach for the St. A’s women’s field hockey team. Nick said that “coaching has been a great experience that has helped further my skills as a player. The best thing I did as a player was become a coach.” He plans on coaching youth teams while he is in Australia. Nick also said that he is “Forever grateful for the program at St. A’s, for Coach King for giving me the opportunity, and especially the mental and emotional maturity of the women’s team. They embraced me as a student coach with open arms.” Nick said he has 26 sisters on campus and he is proud to call them his team.

Nick’s ultimate goal is to one day play for the United States in the Olympics. “Everything I do as a player stems from wanting to play on the Men’s National Team.” In light of all Nick’s accomplishments to this point, it appears that he is well on his way to achieving his goal. 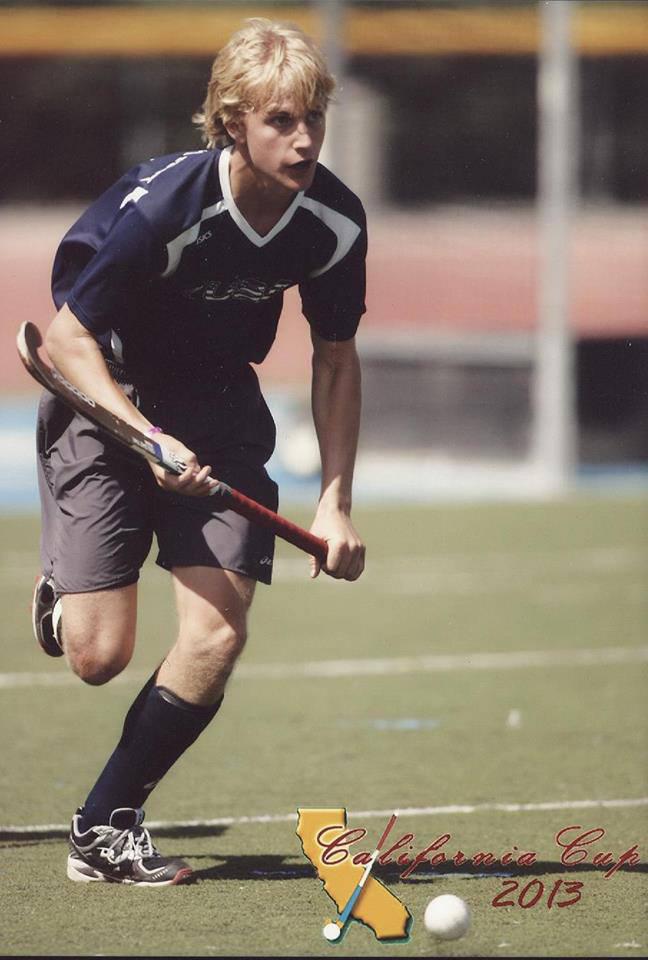