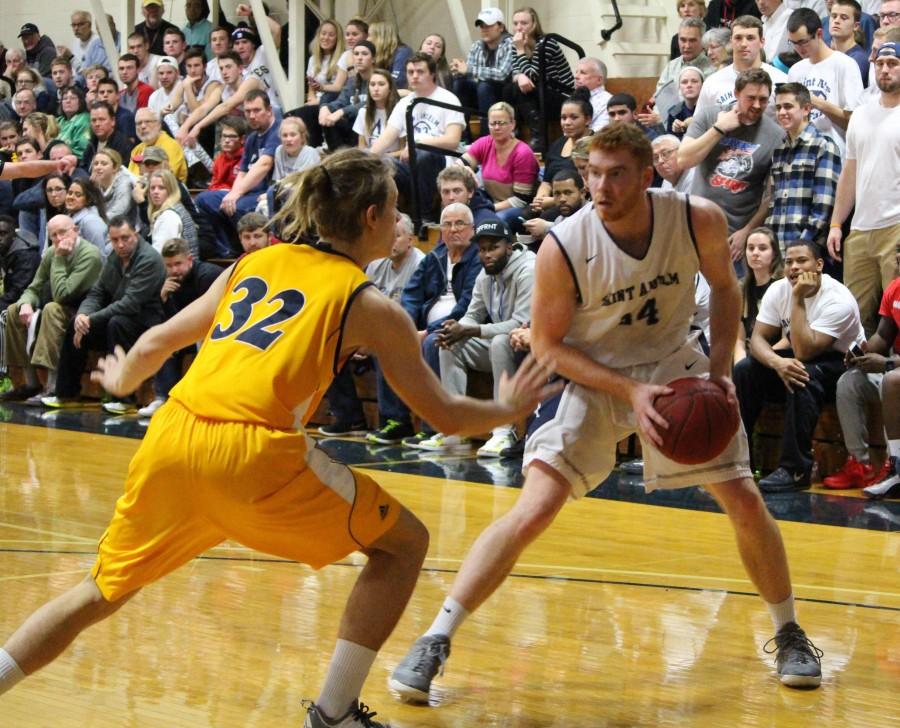 Harrison Taggart on the court for St. A's during the season opener against SNHU.

Men’s basketball defeated Bentley University on Saturday, Feb. 20 in Stoutenburgh Gymnasium. The Hawks improved to 20-5 overall (15-5 in the NE-10), and are now in first place in the NE-10 Northeast Division.

It was Senior Day for the Hawks as they honored Mike McCahey, Victor Joshua, Ryan Hartung, and Andrew Murphy before the game.

St. A’s got off to a fast start in the first half, outscoring Bentley 46-27 in the opening frame. Mike McCahey led the Hawk offense, scoring 17 points in the half.

Each team wound up scoring 56 points apiece in the second half as St. A’s cruised on their way to a 102-83 victory.

St. A’s will play in their regular season finale on Tuesday, Feb. 23 on the road against Southern New Hampshire University at 7:30 P.M. The game will be televised live on NESNplus.