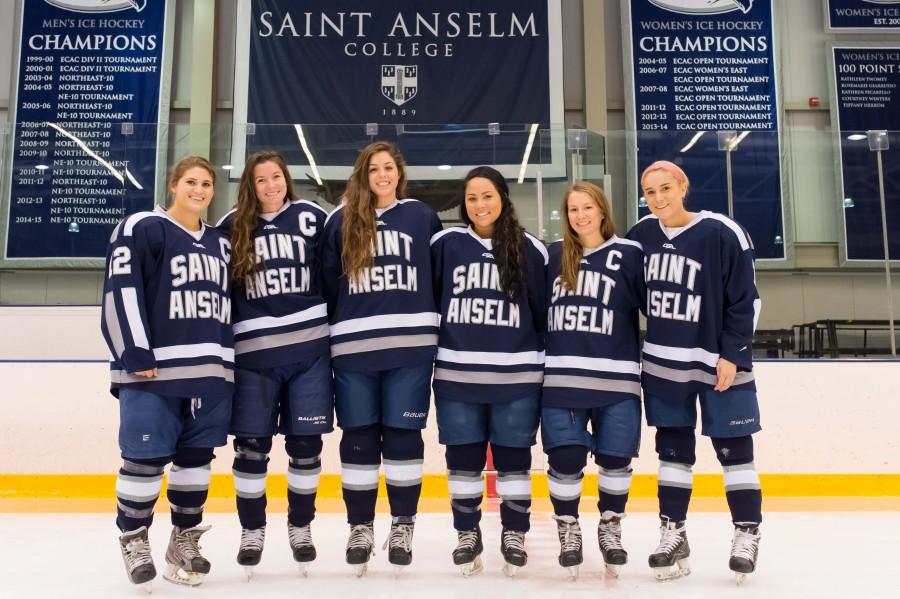 Women’s ice hockey closed out their regular season with a victory Saturday, Feb. 20 on the road against Manhattanville. The Hawks are now 20-5 on the season, and are ranked third in the New England Hockey Conference.

St. A’s scored twice in the opening period, and brought a 2-0 lead into the first intermission. Sophomore Ashley Moran scored a goal 3:12 into the first. Freshman Sara McNamara and junior Martha Findely assisted on the play. Then at 10:27 into the period, senior Alex Kazmer scored a power play goal, with Martha Finely and senior Sarah Geisinger assisting on the goal.

In the second, junior Alex Starzyk scored a power play goal at 7:17 into the period. Alex Kazmer and Sarah Geisinger recorded assists on the goal.

Manhattanville scored their first goal of the day 11:48 into the third period. The Hawks would respond just minutes later, when Martha Findley scored 15:40 into the period, with juniors Meaghan Spurling and Victoria Shea assisting as the Hawks would go on to win by a final score of 4-1.

St. A’s will return to action this weekend, when they host the New England Hockey Conference Open Tournament in Sullivan Arena. First round games will be Saturday, Feb. 27, with the final round concluding on Sunday, Feb. 28.