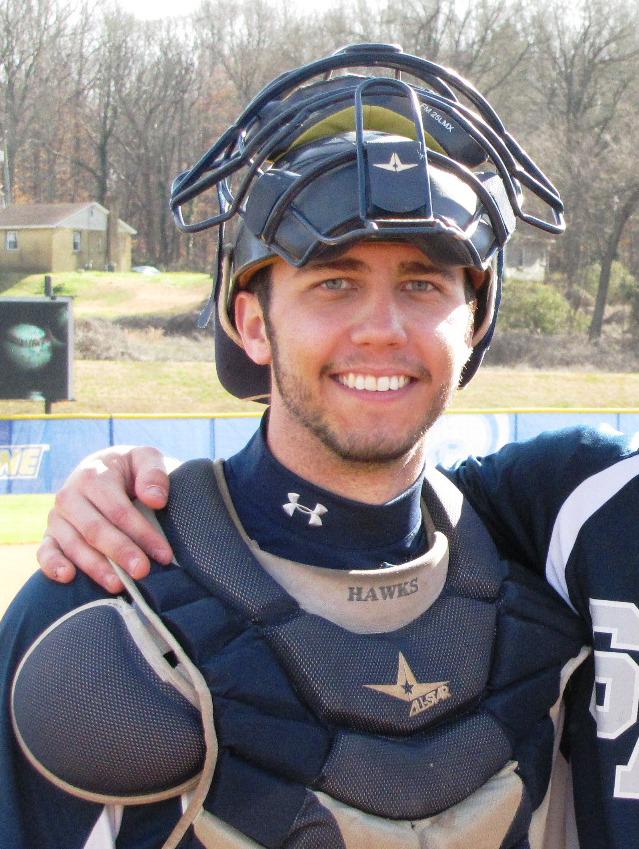 At all levels of baseball, catchers are often seen as unsung heroes. Back-stoppers like Allan McQuarrie do not get a lot of recognition and credit, although they go about their business each and every day the proper way both on and off the field. McQuarrie has been behind the dish basically ever since he started playing the game. He has been the prototypical student-athlete during this time here and has been a starter on the Saint Anselm College baseball team all 4 years.

McQuarrie has played America’s pastime since his tee ball days when he was only 5 years old and his brother Jon, a junior on the team, has always been by his side since the hay days.

Coach Barry Rosen recruited Allan McQuarrie heavily and told him that if he chose Saint A’s there was a good chance he would get to play right away. This was essential to what McQuarrie was looking for in schools athletically. He had to earn his spot, but having the opportunity to start all four years, and the chance to play the opening game meant a lot to him. He feels this year has been his best year defensively ever.

On being a catcher McQuarrie says, “Being a catcher definitely takes a toll on your body, last year I broke my thumb making a play behind the plate and was not able to play all year, but I made the most of it. Also, I had to get knee surgery not that long ago, so it definitely takes its toll on the knees too.”

Being a student-athlete has really taught McQuarrie the ideals of time-management, responsibility and self-sacrifice because he knows the importance of doing his schoolwork as his first priority before anything else.

He says, “Maybe you are on the road and you have to get a paper done on the bus coming back from New York or you have to stay in Saturday night to finish a homework assignment because you have a doubleheader Sunday morning.”

McQuarrie will be graduating with a Natural Science degree this year. He started as a Biology major, but changed during his sophomore year. He thought the switch was the best option since he could take both business and science courses because he plans on pursuing a dental degree. He just recently got accepted into Dental School, and will be attending Tufts Dental School in Boston, MA beginning this July. McQuarrie has been named to the Dean’s list all seven semesters and has been selected to the Honor Roll his entire career at Saint A’s.

McQuarrie says, “He runs the show, his leadership ability back there and his defensive skills, I definitely emulate too.”

When McQuarrie is not on the diamond blocking baseballs behind the plate he is often on the golf course or fishing. He is humble and modest about the many great things he did on the Hilltop both in the classroom and in baseball, and looks forward to what is next to come. He is very glad he chose Saint A’s as his home for four incredibly memorable years.